As you all know, Tom Waits is going on tour from Phoenix to Hotlanta this summer. Aside from the guiding forces from above, Tom further explained the routing choice by saying: “We’re going to the deep south where they still love a man who wears red pants and they make him feel welcome.”


As on his last tour, Waits’ U.S. booking agent and longtime tour director, Stuart Ross, has spent a great deal of effort to fight ticket scalpers. Along with Ticketmaster, he has worked out a plan he believes will make sure every fan pays face value (plus normal service and handling fees) for the tickets purchased for the “Glitter and Doom” tour, outlined thusly:


“In keeping with Waits’ longtime desire to allow fans the best possible access to his shows, the Waits’ organization is again implementing an anti-scalping program to assure patrons that their tickets can only be purchased at face value (plus normal surcharges and handling fees). At the majority of shows on this tour, Ticketmaster is introducing their Paperless Ticket™ system. Prior to entering the venue, fans must simply provide their credit card which was used to purchase the tickets, along with a government issued ID. The fan’s accompanying guest must be present at that time. An attendant will swipe the credit card and provide a receipt for the transaction. The entire process is quick, secure and simple. Tickets will only be sold via the internet and by phone and are limited to two per person.”


Tickets for all markets are due to go on sale Friday, May 16th. Check local venues and Ticketmaster for specific start times. Tickets will be available via the internet and by phone.
US tour dates are as follows:

As if there were any debating who the coolest man on the planet is. There is only one Tom Waits, and I think this presser pretty well says it all. A tour route based upon the constellation Hydra, and then that ending? In a million years, I wouldn't have seen that coming.

Anyway, it is a tragedy that the Summer of Love (8 weddings over 7 summer weekends) will be derailing my attempts to get down to see Mr. Waits in action, because that June 28th show in C-bus looks awfully inviting. I implore you all, if you are anywhere near these cities roundabout these dates, do everything in your power to get a seat. It just might wind up being the best show you've ever seen. 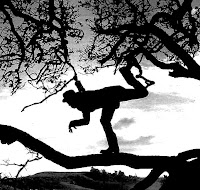