Bob Dylan and James Brown had a baby...

The only thing better than Jon Stewart is the man himself. There's no doubt that he belongs right there: next to Barack and the First Lady.

Thanks to Deeve for the hookup.

For those of you stuck in the office on this Christmas Eve, here are some things to help get you through to that first sip of rum and egg nog. As always, here is some of the best stuff I've come across over the past few weeks.

Bill Simmons and Chuck Klosterman weigh in on all things pop culture, including Tiger Woods (I absolutely love Klosterman's idea for how E.T. can reinvent himself), Bruce Springsteen, the Rock and Roll Hall of Fame, Albums of the decade, and NFL teams going undefeated.

Another pod cast. The Chicago Public Radio staff pay a visit to State College, PA, in order to shed some light on what goes into making a particular institute of higher learning the #1 party school in the U.S.A.

I haven't had a chance to comment on the Doc Halladay trade to this point, and there really isn't much I can add that most people don't already know. Roy Halladay was the best pitcher to ever don a Jays cap, and for my money, I can't ever remember a classier, more likable athlete in the City of Toronto. For too many years, the best pitcher in baseball toiled away on a less-than-mediocre team, watching brilliant pitching performances be squandered by inept offences and questionable managerial decisions; if he was pitching for a contender, he'd no doubt have another 2 Cy Young awards to his credit. The fact that he placed that add in the Toronto Sun this week should come as no surprise to anyone who had the honour of watching this man pitch for this team for the past 8 years.

For so many years, the Doc deserved better than the Jays were able to give him. Here's hoping that he finally receives the type of team he deserves, and I look forward to cheering him on to the NL Cy Young and a World Series trophy in the coming years.

As for the Jays, Alex Anthopolous deserves a great deal of credit for bringing in some serious prospects. I'm looking forward to this team rebuilding with a GM who appears to have some semblance of an idea of what he's doing. The following two pieces illustrate nicely exactly what the Jays are getting in return for Leroy:

So It's Done - Mike Wilner (Thanks to Flats for the link)

Really, this one comes as no surprise.

Thanks to Rosco for the link.

And finally, it wouldn't be the holidays without Clark Griswold blowing a gasket. Merry F'n Christmas from everyone here at seanmccallum.com

What the hell?... I thought we'd retired this gimmick? I guess if I'm going to start blogging again, I might as well bring back this forum's most popular segment. By the way, what does it say about your skills as a writer when people start randomly emailing you and saying, "Dude, I know you're busy, but I need that weekly slop load of links to things you didn't write." Yep, the price of fame... As always, here is some of the best stuff I've come across over the course of the past... well, the past little while.

Paste Magazine compiles it's list of the 20 best live acts of the past 10 years, complete with stellar video footage (the Badlands clip from Pinkpop is off the charts). More than a few dotcomrade favourites are included, although I have to say, #2 is a bit of a head-scratcher for me. Am I just too uncool to get The Flaming Lips?

Thanks to Browner for the hook-up.


Scenes From a Book Tour
By Bill Simmons

I found this piece to be incredibly entertaining... Maybe because I'm totally jealous, but still.

One other Simmons note. This particular piece of pop culture genius from an otherwise ordinary mailbag needs to be reprinted here:


Q: What do you think would be the most awkward but (somewhat) realistic casting for a romantic comedy? I'm going with Maggie and Jake Gyllenhaal.-- Matan B., Riverside
SG: After consulting with the Mailbag Committee, my rankings look like this:

4. Chris Brown and Rihanna. Sorry. But it would be remarkably awkward.

3. The Gyllenhaals. I like this idea because, once and for all, it would take the whole "Look, I am an actor and even though I am passionately making out with my same-sex co-star right now, it's only because I am playing a role and not feeling any actual passion" concept to another level. Let's say you wrote an amazing script called "Adopted By Love," in which two people were engaged but didn't realize that the girlfriend was given up for adoption as a baby by the parents of the boyfriend. And let's say you offered the Gyllenhaals $60 million combined to play the lead roles and even make out a few times. If actors are always "acting" -- like Jake did with Heath Ledger in "Brokeback Mountain" -- how is this different? You're an actor! Would I want to see this? Of course not. I'd throw up. But still, it's acting!

1. A romantic comedy in which John Stamos falls in love with two twins at the same time and neither of the twins knows the other likes Stamos ... and the twins are played by Mary-Kate and Ashley Olsen. Name me anyone who has ever seen "Full House" who wouldn't be cringing. I can't handle it. Let's just move on; my skin is crawling. You know this would be traumatic since I'd rather see the Gyllenhaals make out.

We love you, this won't change a thing
By John Buccigross

The heartwarming story of Brendan Burke telling his dad that he is gay.

Thanks to Flats for the piece.

Thanks to Browner for the link.
Posted by Sean McCallum at 1:18 a.m. 6 comments: 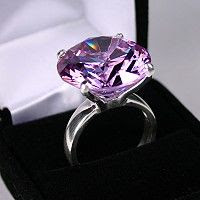 I have refrained from commenting on the Tiger Woods "story" because quite simply, it isn't even worth talking about. Some athletes cheat on their wives. It's unfortunate. It's immoral. It's wrong. But what it isn't, is newsworthy.
But if E.T. (Eldrick Tont) goes out and buys his wife a Kobe Special, is that blog worthy? You bet your ass it is. Stay tuned.
Posted by Sean McCallum at 12:21 p.m. 2 comments:

A remixed version of Wavin' Flag, a song by Somalia-born Canadian hip hop artist K'Naan, is the official song of a World Cup trophy tour currently traversing through Africa.

Wavin' Flag: The Celebration Mix is a remix of the original track off K'Naan's third album, Troubadour, released earlier this year.

K'Naan, currently on tour in Africa with the World Cup trophy, was born Keinan Abdi Warsame in Somalia in 1978 before moving to the U.S. and relocating to Toronto. His name, K'naan, means "traveller" in the Somali language...


It is no secret that I don't particularly enjoy the game of soccer. It's horrendous to watch for long stretches, the diving makes me sick to my stomach, and as my buddy Rosco put it: "How can anyone watch something where the most exciting play is a guy missing the net?" Furthermore, Chuck Klosterman, in his brilliant George Will vs. Nick Hornby, makes the most compelling argument for why soccer sucks.

But with that being said, I'm a sucker for events in which the best in the world are competing, particularly when I'm mercifully subjected to that particular competition only once every four years. Case in point: Olympic Boblsedding.

But next year's World Cup might be a different story. Because having local phenom K'naan prominently involved will certainly help to keep me tuned in.

To say that this is a career-altering break is an epic understatement. The kid has come a long way since playing in the basement of The Drake Hotel during NxNE 2005 (one of the all-time tour-de-force acoustic hip hop performances, for the record).

The Opposite of "Pocket Presence"

I won't lie to you: that first clip is one of the greatest things I've ever seen. I mean, is there any doubt that that confounded looking kid standing there holding the ball was born to play quarterback? The kid is like a 6 year old Peyton Manning, feeling the pressure of the pocket collapsing around him and instinctively moving out of harm's way without even having to think about it... only the exact opposite. He literally has no idea what's coming.

The fact that he immediately starts bawling sends this clip into the stratosphere.

As for the Offensive Line on that play: that's the worst blown assignment I've seen since Billy Bob got his cat scanned.


Thanks to Mike D for the clip. 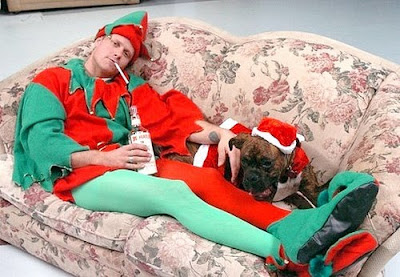 It is December 1st, which means that the Leafs are firmly entrenched in last place, the Bills are beginning to play well just as they've been all but mathematically eliminated from the playoffs, and it gets dark outside at 4:30 pm. Yes, it certainly is the most wonderful time of year.

And with that frame of mind, David Sedaris brings you "The SantaLand Diaries". First aired in 1992 for NPR, this is the story of a 33-year old man accepting a job as an Elf in Macy's SantaLand. The fact that that particular Elf would go on to be one of America's greatest writers only adds to the utter despondency and pessimistic brilliance of the piece. Ebenezer Scrooge himself couldn't have painted a more depressing picture.