Bill Simmons to write for SeanMcCallum.com? 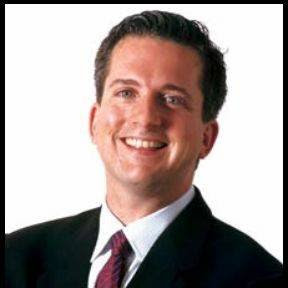 We're not the only ones who noticed that Bill Simmons hasn't written a column in two weeks — until today, anyway — and hasn't been featured much on the home page of ESPN.com. We figured it was nothing; the man has taken extended breaks before. But, just to be thorough, we emailed him and asked if anything was up. His response, on the record, surprised us.
Here's Simmons' complete remarks on his (relative) absence from ESPN.com over the last month or so.
"Yes, I still work for ESPN. No, I'm not writing for ESPN.com as much — my choice, not theirs. That's just the way it will be from now on, unfortunately. I'd have more to say, but I'd end up being profane and I don't want to offend Buzz Bissinger."
When we inquired further, Simmons went on:
"I still love writing my column and only re-signed last year because I really did believe that we had hashed out all the behind the scenes bullshit and come to some sort of agreement on creative lines, media criticism rules, the promotion of the column and everything else on ESPN.com. Within a few months, all of those things changed and certain promises were not kept. It's as simple as that."
So ... there's that. Suddenly, 2010, when Simmons' most recent deal expires, seems rather far away. Flipping around while researching this post, we stumbled across this, and some cursory Web sleuthing does seem to track it back to Simmons. (Hey, if Jemele Hill can have an outside blog, why can't he?) Simmons obliquely has played the ESPN-won't-let-me-be-ME card in the past, but this is the first time, in our memory, that he's plainly stated his frustrations in a public forum and actively written less for the site because of them. Not quite the end of an era, but certainly seems to mark something.

Have no fear, SG: you will always have a place on the payroll here at seanmccallum.com. I'm not sure if the compensation will put you in the same tax bracket as you may have been while at ESPN, but at least you won't have to worry about attending all of those pesky, time-consuming sporting events in person (you know, like The Superbowl, or the NBA All-Star Game... what a drag those things can be to have to sit in on...). You can just critique them from the comforts of your living room, like the rest of us here at seanmccallum.com world headquaters do. I'd even give you your own password so you could post directly, without having to worry about any pompous editors messing with your shit. It's like a match made in heaven!
Let the record show that there is a standing offer on the table...
Thanks to Flats for the heads-up.
Posted by Sean McCallum at 12:10 a.m.