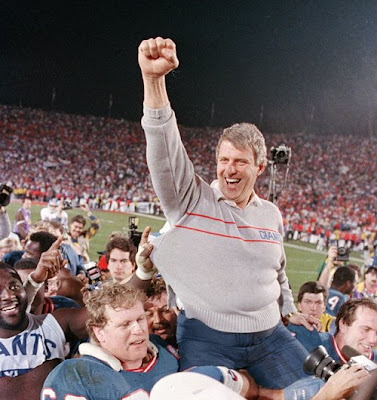 For the first time in history, the Natty Light World Heavyweight Championship Belt will be worn north of the border!
- Sean McDonough (paraphrased)

I know that absolutely nobody cares about someone else's fantasy football team. In fact, the only reason guys actually listen to other guys talking about their fantasy team is so they can take their turn to talk about their fantasy team that nobody cares about. I'm not sure if you've ever noticed it, but fantasy sports talk is basically just a bunch of one way conversations where guys take turns complaining about how the Jaguars' decimated offensive line has resulted in David Garrard's drop off in production or how LDT has lost his ability to cut this year, and his explosiveness and his stats have paid the price. It's safe to say that if you're at a party and you want to make sure you have absolutely no chance of going home with a girl, all you need to do is begin talking fantasy sports.
But still... It's not everyday that you win in a 28-team IDP league. And after losing in the finals the previous two years (including last year's heartbreaker), this win is about as sweet as they come. So even though no one will read this, I feel like I need to take this opportunity to thank the players that helped to bring Frank Reich's Electric Groove it's first NLFFL Championship.

David Garrard: It broke my heart to bench you on this, the final day of the season. You carried this team for so many weeks, being just adequate enough to squeak out the close wins when we needed them the most. I hope you understand that no one in their right mind would start you when you were going against a highly motivated Ravens defense. Nothing personal; strictly business. I'd be honoured to have you captain Frank Reich's Electric Groove again next year.
Seneca Wallace: You were brilliant in your F.R.E.G. debut today. An unbelievable find on the waiver wire scrap heap. You'll probably never be on a fantasy roster again, but like Drew Bledsoe did late in the 2nd quarter against the Steelers back in the AFC Championship game in 2002, you came in unexpectedly and got the job done when it mattered most. Who would have ever guessed that you'd be able to out-play Jay Cutler in Week 17?
Chris Johnson: I woke up every day this fall and thanked the football gods that you were available with the 95th pick in our draft. When Lawrence Maroney went down early in the season, it seemed as though my fantasy hopes were dashed. But alas, you were the most consistent RB I have ever owned, even though they gave the ball to Lendale White every down inside the 5. It's too bad you couldn't be a part of today's celebration because your moustachioed coach decided to sit you out in Week 17. What does he have against you, anyway? Don't worry. You'll still get a ring from me.
MoJo Drew: I still can't believe somebody put you on waivers in Week 1. You were like a gift from God himself. You had something to prove this year. We both did.
Cadillac Williams' Patellar Tendon: Thank you for holding out long enough to allow Cadillac to put up 22 FF points this week. I know that you'll probably never fully recover, and that Cadillac's career is probably over as a result, but this heroic fantasy performance will go down in history with the likes of Willis Reed and Bobby Baun. You're an inspiration to us all.
Chad Pennington: I have no idea why I loaded up on Dolphins WRs this year (Ted Ginn Jr, Davone Bess, Anthony Fasano), but you distributed the ball brilliantly. Who would have ever thought that I would actually find myself rooting for the Miami Dolphins? You actually made me feel kind of dirty...
My Defense: They say that Defense wins championships. Never were truer words spoken. Gaines Adams. Eric Barton. Kawika Mitchell. Jonathan Vilma. Gibril Wilson... All of your names will live on forever.
The Commish: I know it isn't easy running a 28-team fantasy football league while anchoring the finest blueline in the NHL, but your efforts do not go unnoticed by the ranks of the Natty Light. Thanks for keeping the league going for all of these years. Thinking back to the good old days of the homemade spreadsheets sometimes brings a tear to my eye... I'll even let you wear the belt for a few hours one night at the bar. You know... It's the least I can do.

And speaking of The Belt - this is the reason we invest countless hours into crunching numbers and breaking down game film: 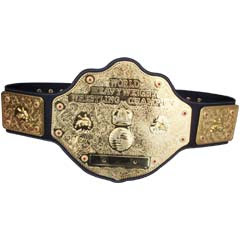 You can bet your ass that I'll be carrying this thing around with me all year like Rasheed Wallace did for the duration of the 2004-2005 season. Because I plan on defending this thing like a true champion. I'll be wearing it every Sunday while I watch football in my underwear. I'll have it slung over my shoulder for weddings and various other formal events. I'll bring it into meetings with prominent public officials. I'll even take it for a walk with me when I go to Starbucks every morning.
In short, it will never leave my side. Meaning that I will be the envy of every fantasy football playing dork this side of virginity, and thereby ensuring that I will go home with exactly zero women over the course of the next 365 days... And I couldn't be prouder.
Posted by Sean McCallum at 11:22 p.m.