As a self-proclaimed cunning linguist, there are few things in this world that give me as much pleasure as a well crafted turn of phrase, particularly when appearing in public with the intent of entertaining and (more importantly) offending. (In case you missed the first edition, it can be seen HERE). Here are some of the best I've come across in recent months: 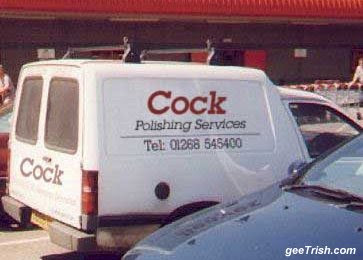 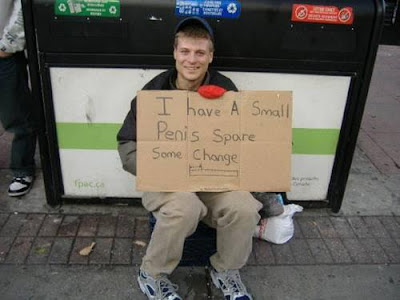 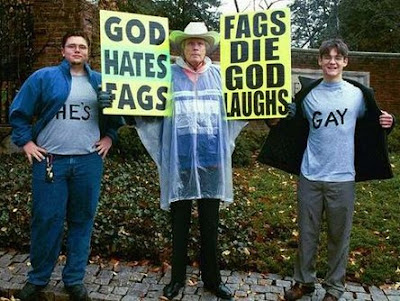 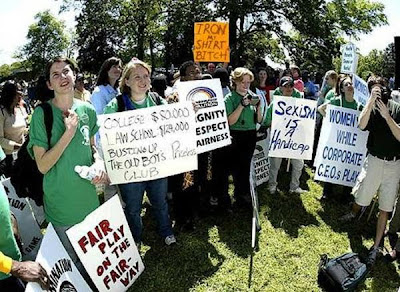 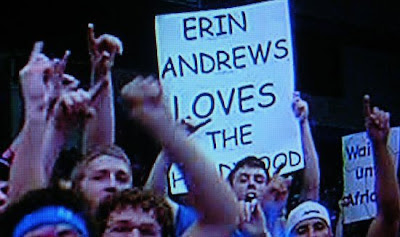 Cock Polishing Services. That can't be a real business, can it? I mean, I don't have all that much that needs polishing, but I'd be willing to take in my bronzed rooster just to see where things go from there.

I Have a Small Penis. Lord knows I'm pretty tight with a buck when it comes to guys on the street who are obviously capable of working for a living, but I think the laugh derived from this downtrodden sufferer of the Irish curse would be well worth some spare change. The best homeless man's business plan since this ingenius idea.

He's Gay. Obviously, taking a shot at this guy is more than fair game. I'm not entirely sure why these two dudes were wearing shirts that read "He's" and "Gay", but we'll give them the benefit of the doubt. (By the way, the sign which reads: "Fags Die God Laughs" is so ridiculously bigoted and archaic that it might actually trump what the two dudes pulled off in terms of comedy).

Iron My Shirt. Hoisting this at a feminist rally has to be considered a radical act... in the same way that castrating a guy in a parking lot with a Coke bottle is a radical act.

But I think you have to give the nod to Erin Andrews Loves the Hardwood. For those of you who don't know Erin Andrews, she is the former University of Florida cheerleader turned sideline reporter who was voted America's Sexiest Sportscaster by Playboy Magazine in 2007. I have no idea how nobody thought of this sign before, but it is sheer brilliance. As is almost always the case, the most simple and obvious ideas make for perfection.