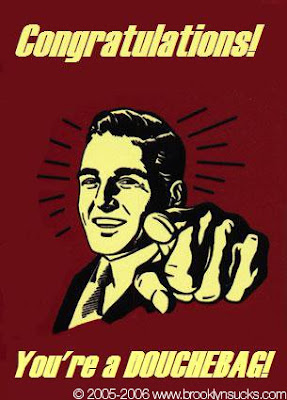 From Harper Collins:
The passage from adolescence to adulthood was once clear, coherent, and relatively secure: in their late teenage years and early twenties, guys "put away childish things" and entered their futures as responsible adults. Today growing up has become more complex and confusing as young men drift casually through college and beyond—hanging out, partying, playing with tech toys, watching sports. But beneath the appearance of a simple extended boyhood, a more dangerous social world has developed, far away from the traditional signposts and cultural signals that once helped boys navigate their way to manhood.
The average young American man today is moving through a new stage of development, a buddy culture unfazed by the demands of parents, girlfriends, jobs, kids, and other nuisances of adult life. Sociologist and gender studies authority Michael Kimmel has identified this territory as "Guyland," a place that is both a stage of life and a new social arena...

Finally. It all makes sense.
There I was today, hungover and driving to a meeting while listening to CBC Radio's Q as I am often wont to do. Jonathan Torrens was filling in for Jian Ghomeshi, and when he introduced his next guest by way of a Bromance reference, I was one Brody-Jenner-drop away from changing the staion in order to catch the Wheel-of-Mikes with Tother and Hoaggie... I can't explain exactly what it was (apathy? laziness?), but something compelled me to stick around. And thank the baby Jesus that I did, because it was like finally seeing the image in one of those 3D paintings they used to have at the mall. My life came into focus all at once, and at long last I finally understood: I've spent the past 10 years of my life living in Guyland.
I never thought I'd live to see the day where a guest on CBC Radio would utter the phrase "bros before hos", but sure enough, there was Dr. Michael Kimmel, doing his best to explain this new phenomenon in North American culture by throwing around scientific terms like "friends with benefits" as if he were documenting the ancient mating rituals of the Yanomamo.
Kimmel's study of Guyland essentially demonstrates that we are in a new era of masculinity where the move from adolescence to adulthood isn't quite as cut-and-dry as it was in generations past. To absolutely no one's surprise, the study suggests that most guys, if given the opportunity, will continue to act as if they were in college until they are forced to grow up. As exhibit "A", Dr. Kimmel pointed to the movie "Old School"... Nah, I'm totally making that up. But he very well could have.

What he did point to, however, was shows like Entourage, suggesting that deep down, this is the lifestyle that every guy craves. Kimmel suggests that guys want to be free of responsibility. That they want the exact opposite of commitment in every facet of their life. And that most importantly, they want their lives to revolve around a "crew" of their "homies" (Dr. Kimmel's words, not mine), and to keep it that way for as long as possible.
Through over 400 interviews, Michael Kimmel discovered that this life in Guyland tends to exist for males between the ages of 20-30. When Torrens asked him what it was that eventually brought this glorious period to an end for most guys, Dr. Kimmel said without batting an eye: "Women. Every time... If it were up to the men, they'd be living in Guyland until they were at least 40".
When Torrens asked Kimmel where this model came from; the ides of surrounding yourself with the friends you've always had, and knowing that these people will be all you'll need for the foreseeable future; Kimmel pointed to the E Street Band. The E Street Band, Kimmel said, was a crew of guys who stuck together for 35 years, and deep down, that is what guys longed for. I was nodding my head the entire time.
One of the issues Torrens was curious about was the idea that both men and women alike need to feel as if they are loved. In a lifestyle that is predominantly defined by one-night stands and casual, non-committed relationships, Torrens wondered how would it be possible for guys in Guyland to achieve this type of love? Again, to no one's surprise, Dr. Kimmel revealed that when guys in Guyland get drunk, they tend to open up and tell their buddies just how much they love them. Which got me to thinking about all of the drunken, late night text and phone messages I often receive from my fellow Guylanders...
(the best recent Guyland love-in: "Man I miss you guys... Fuck, the good old days were good! You all make life feel real again! Love you all!")

The one place where the study lost me a little was that it determined that the reason guys choose to act the way they do is to constantly demonstrate that they're not gay. Well, anyone who has read this blog in the past knows that, a) there are few people more entrenched in the Guyland lifestyle than myself (see exhibits "A", "B", "C", and "D"); and that, b) I have essentially been doing the exact opposite of demonstrating that I'm not gay for all of these years (see exhibits "E", "F", and "G").
In any event, it's good to know that sociologists are actually studying this ridiculous lifestyle that I've been living for the past 10 years. And it's also good to know that my friends and I aren't alone. Not by a long shot.
And as for our reasons for living in this so-called "Guyland" for all of these years? An informal poll of my fellow Guylanders would probably reveal that this lifestyle just seems like a hell of a lot more fun than anything else that has come along until this point.... That, and the fact that the adventures in Guyland tend to result in more entertaining reading for the dotcomrades.
Posted by Sean McCallum at 8:15 p.m.

Yes, I agree. You are definitely living in Guyland... in fact, for the most part, this blog = Guyland. well, more Sex and the City for guys. But anyway, may I just say for all those girls out there who are "responsible" and who also like to have "fun".. guys who still live in Guyland can be annoying and frustrating!!

p.s. Why were you hungover on a Wednesday morning?

Funnily enough, I've heard that guys who still live in Guyland, aside from being annoying and frustrating, can also be quite charming.

As for why I was hungover on a Wednesday morning, anyone who lives in Guyland knows that these things sometimes happen... And I just happened to be at the Leafs game the night before.

This post validates carrying on with what is basically a fun but unevolved and ultimately unsatisfying existence. But hey, you're obviously enjoying the ride to that inevitable conclusion.
It can be pointed out that man can justify abberant behaviour through flimsy logic(?)ie; "it was my birthday" or even lamer "I was at the Leafs game" or the ultimate "We believed there were weapons of mass destruction there".
Yup, have fun while it lasts! And please, no regrets.
From: A former denizen of "Guyland" who looks back on those days with nothing but the fondest of memories for the naiveté of my youth..."If I knew now what..."