In anticipation of the biggest cross-dressing, repressed-homoerotic-tendency-revealing, fantastic-excuse-to-dress-like-an-unabashed-whore weekend of the year, I've decided to post this classic costume warehouse commercial, along with some sultry pics of me (and a few nameless accessories) in a variety of uncompromising positions.

My buddy DVZ and his girlfriend Sheera throw the most killer Halloween bash every year, and it is set to go for this Saturday night. Just let me say that if I put as much time into preparing these blog entries as they put into decking their place out for their annual bender, reading these little discourses would be a completely different experience. Top notch.

But even with a pad elegently decked out in cheezy haunting decor, what makes their party so priceless every year are the costumes. And despite the fact that that last sentence is officially in the running for "the most obvious statement of the year", it always boggles my mind how people who attend the same annual party feel the need to up the ante from the previous year. And I am proud to say that I do my best to lead the charge.

In years past, things have gotten pretty out of control at this party with some girls in skin-tight see-through Thundercat outfits and others handing out hummers in the bathroom as if they were breathmints at a cash register in the local Diner. As for the guys? Well, I think I'll let the following pictures speak for themselves: 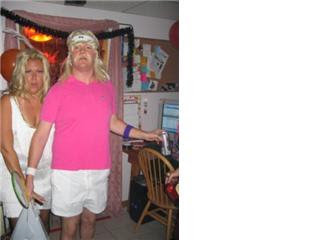 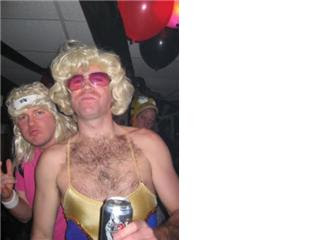 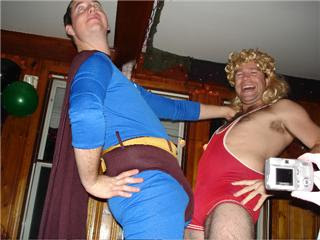 At this point in time, I have no idea what I'll be going as, but needless to say, it will have to top what you see above.

Personally, I can think of nothing more frightening.

hey i know that guy from the public restroom!

Who is this "breathmint" girl anyway? Sounds like the kind you bring home to Momma....
p.s. looks like you met your goals at the party this year! :)