January is shaping up to be a pretty big month for Springsteen fans the world over. His brilliant song, "The Wrestler", is nominated for a Golden Globe Award this weekend. His 16th studio album, "Working On A Dream", will be released January 27th. And the month will come to an end with everything culminating on February 1st, when Bruce and the E Street Band will play the halftime show at Superbowl 43 in Tampa, FL (the Buffalo Bills, not wanting to upstage the Boss, have gracefully withdrawn from the event).

To help celebrate what might go down as the biggest month in the history of E Street, we here at seanmcallum.com will be paying tribute to the man and the band with periodic samplings of some of his finest moments.


There's a line in a song by The Beta Band (said song made a fantastic cameo in one of the all-time top 5 movies about working in a record store: High Fidelity) which states: "This is the definition of my life". And not that a single song could ever adequately define someone's entire life, but this is about as close as it gets.

The indisputable highlight of my summer (2008) came when The Blackwater Trio played this song at my buddy Foley's wedding (photographic evidence of the all-time white guy air-guitar sing along shown below); at my buddy Rosco's wedding, I was introduced to the reception with this song blaring from all corners of the hall; and, well, let's be honest: "I hope when I get old I don't sit around thinking about it... but I probably will".

This performance took place during Letterman's last show for NBC (June 25, 1993), and it wouldn't be a stretch to call this one of the highlights of Letterman's long and ridiculously illustrious career. And if you don't think these eight minutes were the absolute apex of The World's Most Dangerous Band, then you're kidding yourself. I mean, look at the smile on that drummer: that's exactly what I looked like after drinking out of the Stanley Cup, which, not coincidentally, was the supreme highlight of my life.


Thanks to Buffalo Blake for sending this along about a year ago (there's really no excuse for not having posted it sooner - I apologize to all of the dotcomrades for leaving your lives unnecessarily empty until this moment). And not that anyone could ever top one of the Boss's live performances, but I'd have to say that Buffalo Blake's rendition comes pretty damn close.

Click HERE for the original E Street video in all of its 80's splendour. I honestly can't get enough of the obscure Graig Nettles reference at the end. 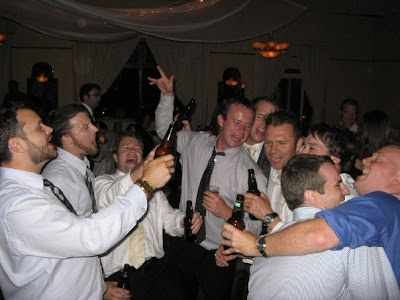 There are simply no words to describe how much I love this photo. Thanks to Jill for her mastery on the Polaroid.
Posted by Sean McCallum at 12:22 p.m.

that photo should be made into a painting

I wish I had more words in my vocabulary than simply, "Awesome" and "great" to describe that Springsteen clip. Now I remember why I want to be him when I grow-up. Or, at least his back-up singer... knowing that David Letterman is that much of a fan just put him #1 in my books! Fantastic. Oh look, another adjective!