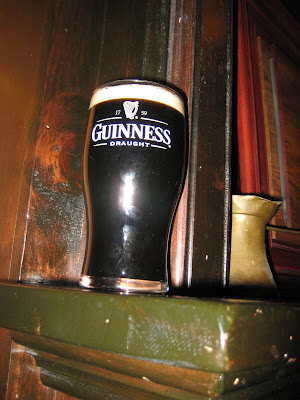 I won't lie to you: my memories of Monday afternoon/evening/early morning are extremely hazy. Judging by the photos I had sent to me, it looks like I managed to hang around until the bitter end, and I know that I somehow wound up naked on a couch in the morning with no explanation as to how I got there. Luckily for everyone involved, the couch was in my own living room.

Needless to say, it was quite a whirlwind marathon of booze and music, with a great deal more emphasis placed on the booze.

My cousin Little Buddy got to The Pour House at 10:30 in the morning because he clearly has a drinking problem. Aside from being awfully fond of the drink, Little Buddy also knew that the bar last year was a complete mad house, so he wanted to make sure he landed a sweet table for the festivities. Being the first person in the bar, he had his pick of the litter and managed to score the best table in the house (the same set of tables we had the year before, for the record). I think Sweet Nate and Jen got there around 1:20, with Dunner and Lemur getting there around 2. As for me, I had a lovely wee McCallan's at home by my lonesome, and then pulled a Matt Bonner and rode the rocket all the way to the bar.

I really don't know what else to say except that the next 9 hours were spent drinking mass quantities of Guiness and acting like a complete idiot, singing along to the Pogues and whatever else the band played, and hugging and bullshitting more people than you could possibly imagine.

I can tell you that we bought a pint for Bob and sat it up on the mantle as we have been wont to do of late (nobody dominated St. Patrick's Day like my Grandfather, and the "Pint for Bob" has become one of my favourite St. Patty's Day traditions - Lord love ya Nate). I can tell you that the Bomber's girlfriend, Susan, spent more money on green party accessories than Elliot Spitzer spends on seven diamond hookers, and that Ronnie somehow managed to sneak the Oakville contingent into the bar (bypassing the lineup, the holding area in the tent, and judging by the condition of Robbie Doon, all semblance of an "already overserved" screening process). I can also tell you that Little Buddy was cut off by 6:30pm, and praying to the subterrainean porcelain Goddess by 7 (photographic evidence has been mercifully witheld).

A few of the other foggy memories I have include tripping up the stairs on my way back from the bathroom, doing shots of Whiskey for Lorne, and Sully and I making a potentially ill-advised $100 bet on the outcome of the OTHL playoffs. Beyond that? I'm pretty much at a loss...

These pictures may or may not go a long way in explaining why I felt like I'd been hit by a mack truck Tuesday morning... Ugh... 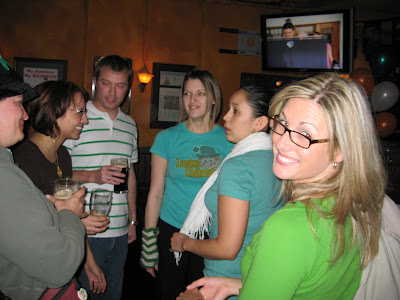 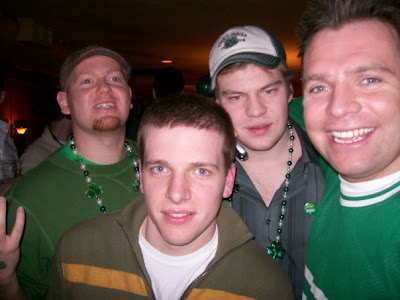 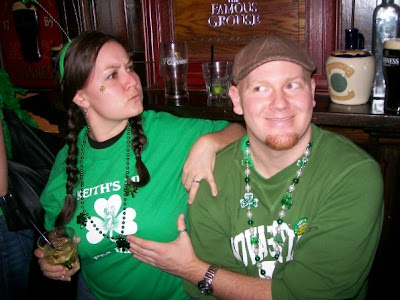 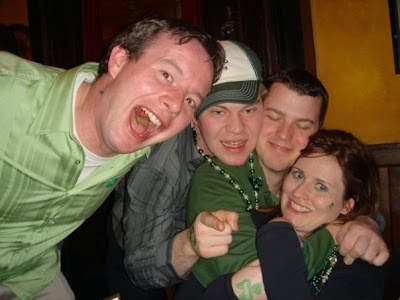 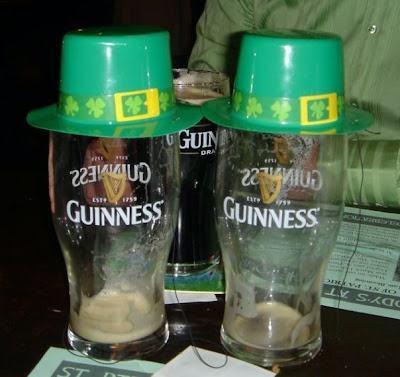 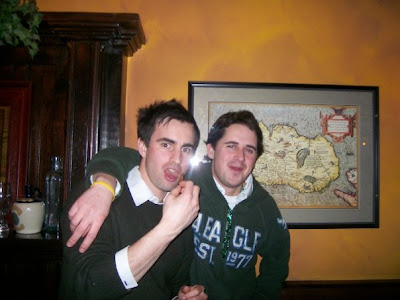 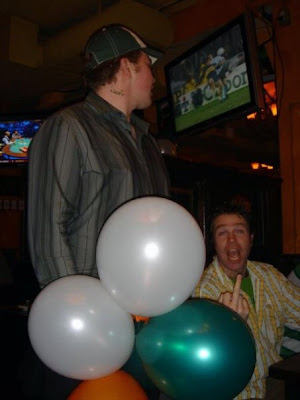 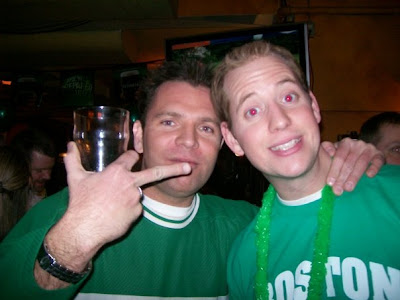 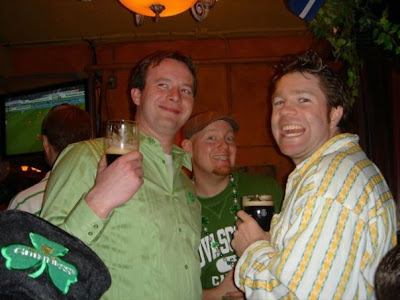 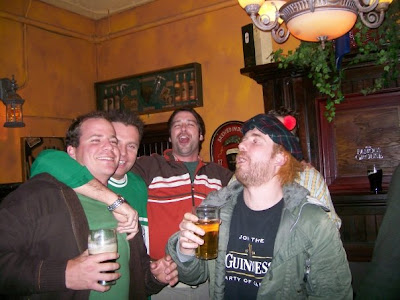 I'm trying to decide what's better: the amateur sketch, or the lady postulating that it's probably just a crackhead up in the tree. Either way, this might just be the best newsclip to ever come across the www: