Just when you thought it was impossible to become any less of a man (I am, of course, referring to the fact that I participated in a "co-ed, non-competitive, soft ball league this summer), I found myself in a highschool gymnasium this evening participating in an intense, highly competitive game of co-ed Dodgeball. Yeah, that's right. And I was just about the worst player on my team, getting dinged by members of both sexes at just about every opportunity... But I did hit a girl in the head with the ball to win a game at one point. It's what Patches O'Houlihan would have wanted.

Mind you, my hitting this frail debutante in the grill wasn't quite as bad as this kid got it. I literally spit my drink out when I saw the slow motion replay for the first time.

You'll be hearing more from the Speedskin Specials as the season gets into full swing. And for the record, the name "Speedskin Specials" was chosen ahead of "The Amish Rake-Fighters" and "I Can't Believe I Paid Money To Play Dodgeball". Though maybe not as catchy as the latter, it does have a certain ring to it.

Unexpected highlight of the night? Walking through the gym hallway and seeing the photos of the various "Athletes of the Year" from the '80's. One of the dudes was a dead ringer for A.C. Slater. I will be bringing my camera next week to capture this image. It is an indisputable 10 out of 10. 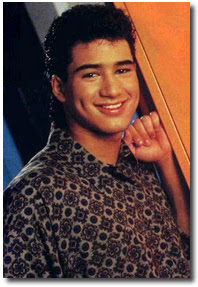