Is Tim McCarver a Racist? 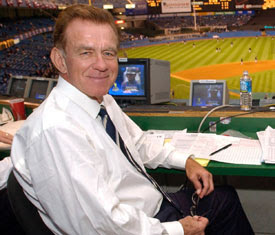 Call me crazy, but I sensed some racist undertones in the ever-enlightening colour commentary provided by Tim McCarver in last night's Sox-Tribe game.


Anyone who watched last night's game can attest to the open and unequivocal disdain with which McCarver was describing the eccentricities of Manny Ramirez. It was pretty obvious that Manny's mere existence on this earth sickens the former Yankees broadcaster. He was absolutely disgusted by the way Manny stopped at first base to argue with the um 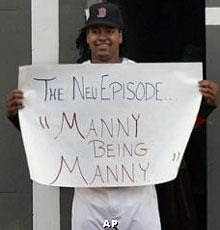 pires after crushing the world's longest single, a sentiment for McCarver that obviously stemmed from the way Manny admired his previous game's solo shot to cut the deficit to four. I mean, McCarver was practically begging C.C. to drill Manny in the ribs, saying that that was the way to keep him from admiring his bombs - hit him in the ribs until he learns.


But what McCarver doesn't understand is that Manny wasn't taunting the Tribe by admiring his moonshot; he just doesn't know any better. Walkoff blast in the bottom of the ninth to go up 2-0 in the Angels' Series, or meaningless shot to dead centre in a game they've already lost, it's all the same to Manny. As Bill Simmons put it in his Game 4 running diary (a perfect example of how misery breeds great comedy):


"It's always funny when Manny plays in Cleveland, if only because he always has a bemused look on his face, like he's thinking, "This is so weird, I feel like I used to play here or something."


Manny lives in a different world than the rest of us live in. As detailed in the fantastic New Yorker piece back in April, he's just a crazy motherfucker. I mean, he was breastfed until he was four years old; nobody can be held accountable for their actions if their breastfeeding at one time resulted in their mother receiving beard-burn. 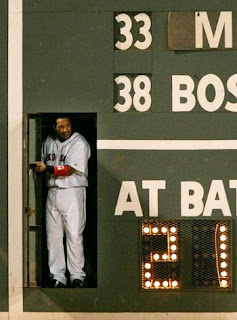 This is why Manny lives in Manny-World. This is why he agreed to sign an 8 year, $160 million dollar deal with the Red Sox only if they also agreed to hire Frankie Mancini, the Indians clubhouse attendant, who regularly set up the pitching machine for him. This is why he routinely disappears inside the Green Monster during pitching changes. This is why he plays left field with a water bottle in his back pocket and MP3-playing sunglasses on his head. But maybe the best Manny being Manny story comes from his rookie year, back in 1994, with the Cleveland Indians:


As teammates were gathered in the Indians clubhouse watching news of the O.J. Simpson Bronco chase, Ramirez asked what was going on. A player responded that "they are chasing O.J.", to which Ramirez responded in disbelief, "What did Chad do?" (in reference to their current teammate Chad Ogea, who was likely in the same clubhouse just several feet away)


How could you ever pick on the guy for being who he is? I am by no means a Red Sox fan. In fact, ever since they won the World Series, their fans have been nothing short of obnoxious. But the one thing I could never help but to love was Manny. And for McCarver to pick on him? It's like picking on a child.

Which brings me to why Tim McCarver is a racist. After berating Manny for being Manny for most of the game (has there ever been a more "Manny being Manny" kind of game? The day before, he says that it doesn't really matter if the Sox lose and that it wouldn't 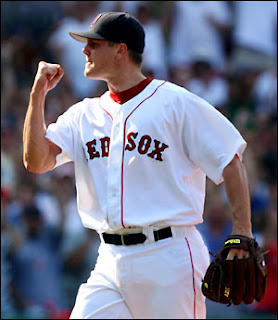 
They showed a clip of Paps doing the YMCA dance in the bullpen while warming up, and McCarver starts going on about how he loves the free spirit of Papelbon... How can their possibly be a freer spirit than Manny? It's absolutely absurd to love Papelbon for doing the Riverdance in his underwear in front of the Fenway faithful after clinching the pennant, and then to rip into Manny for being Manny.


McCarver went on to call Papelbon "a beauty"; one can only imagine what he called Manny when the mics were turned off (shades of Ron Atkinson, I'm sure).


I have no problem with McCarver having a Papel-boner. It's hard not to love the guy. But he needs to cut the Michael Richards act, and cut Manny a little slack.