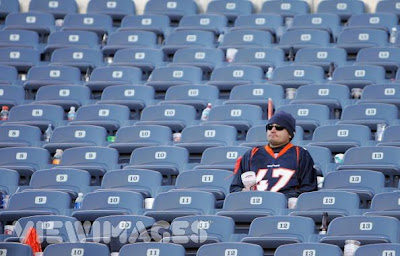 For the second straight year, the ARE YOU HARD All-Stars have fallen just shy in the finals of the Natty Light Fantasy Football Pool. And as Marv Levy can attest, it doesn't get any easier the second time around (or the third... or the fourth). And with the WWE Replica Heavyweight Championship Belt in the building for today's matchup, let's just say that this one stung a little; or to put it more accurately: I feel like I've been kicked in the junk by a caber-weilding Scotsman for the second consecutive year.

And I know that it would be impossible for a human being to care any less about another man's fantasy football roster (because as we know, when guys talk fantasy football, they're not actually listening to what the other guy is saying; they're just waiting their turn to talk about their own team), but I feel as though my guys deserve some stroking for bringing me as far as they did this year. Because in the end, making the finals in a 30 team IDP league in consecutive seasons is almost something to be proud of. So just think of this as one of those Oscar Awards acceptance speeches written by Richard Burton that you never got to hear.


I first need to thank Eric Mangini for motivating Bill Belichick and the rest of the Patriots this year, which allowed my late round selection of Wes Welker to turn into the fantasy steal of the year, and in turn made Jabar Gaffney an essential piece of the ARE YOU HARD All-Stars down the stretch. I need to acknowledge the patellar tendon of Cadillac Williams, whose tearing opened the door for Earnest Graham and made him the fantasy monster that he was for me in 2007. Steve Smith was up and down all year, but he came up huge for me last week in the semi finals and allowed me to upset the heavily favoured CITY GUY. Frank Gore showed a lot of heart playing through injuries, and despite the fact that he would have to be classified as a fantasy disappointment, I love the way he plays and would take him again in a heartbeat. Selvin Young showed flashes of brilliance coming off the bench, but just couldn't get it done in the end. Rookie wall. And a memo to Todd Heap for holding my TE position hostage all year: remember when Mrs. Finkle suggested that Dan Marino should die of gonorrhea and rot in hell? That's kind of how I feel about you right now. I'm taking Jason Whitten next year.

On the defensive side, you just can't say enough about Charles Woodson and David Harris. Those guys have a place on my D any year. And my kicker, Mason Crosby: who would have ever guessed that a kid from Lubbock, Texas could make such a difference. And finally, I would be remiss if I didn't mention my quarterbacks: Trent Green (55 pts), Kellen Clemmens (47 pts), Todd Collins (28 pts), Kyle Boller (12 pts), Byron Leftwich (11 pts), Kelly Holcomb (9 pts), Steve McNair (-1 pt), and Gus Frerotte (-4 pts)... And now you can see why I will forever be a bridesmaid, never a bride.


Congratulations to Team Slovenia on their first Natty Light Title. What can you say? When the opposition is rolling out the likes of Kurt Warner and Bobby Wade, all you can do is tip your cap and concede that the better team won.
Posted by Sean McCallum at 7:35 p.m.