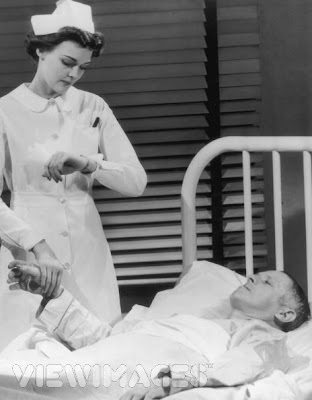 DAR ES SALAAM (AFP) - A man with a brain tumour who instead received knee surgery as part of a medical mixup in Tanzania has died, the country's health minister said Friday.
Emmanuel Mgaya, who underwent knee instead of brain surgery November 8 at the country's main Muhimbili hospital, died Thursday -- two days after undergoing the proper surgery for a second time, Health Minister David Mwakyusa said.
Mwakyusa said the condition of knee patient Emmanuel Didas, operated for a non-existent brain tumour, was also critical.
The minister said Didas will be sent to India for further treatment.
"He is still in a bad condition and doctors have recommended that he should be flown abroad for specialised treatment," he added.
Mgaya was operated on locally in an attempt to save his life after his condition deteriorated further and he developed convulsions, the minister said.
"It is very unfortunate and the government is very sorry," he added.
The bungle, caused by confusion over the patients' same first name, sparked condemnation across the impoverished East African nation, known for its poor healthcare infrastructure.
The two surgeons responsible have been suspended while other staff involved have been ordered to provide written explanations for the incident.
There are only about 100 professional surgeons for a population of at least 36 million, according to the Tanzanian Surgical Association.

The fact that they operated on the brain tumour guy's knee is almost excusable. I mean, Occipital Lobe and Medial Collateral Ligament are essentially tomato-tomahto. And when you're dealing with people who have the same first name, really, how can one be expected to decipher?... But can you imagine being the guy who twisted his knee playing pick-up, falling asleep on the operating table with visions of rehabbing your way back to starting midfielder on the Tanzanian Under-20 Team, only to wake up with half of your brain scraped away?

My only question concerns the guy who was inadvertently given brain surgery: when the Health Minister recommended that he be flown elsewhere for specialised treatment, did he mean for the guy's unnecessarily shredded lid, or did he mean for his yet-to-be-performed knee surgery? Because if I was the guy with the bum knee, I'd definitely want that taken care of while out of the country.

I can't wait for the day I need to have my tonsils removed and end up waking up with a scar on my lower abdomen from an ill-advised Caesarian Section.
Posted by Sean McCallum at 4:40 p.m.

This site is excellent and so is how the subject matter was explained. I also like some of the comments too. Waiting for the next post.
alternatives to surgery

Thanks for sharing helpful information, I really like your all post. I will bookmark your blog for future updates.
Chronic Headache Treatments

Been reading this site for awhile now, always has really good posts and topics please keep it up! loads of blogs are going under lately from lack of new posts etc!
Disc Herniation Frankfort